If you’re heading to Hawaii for a vacation, then it’s almost certain that you will pass through one of the several airports that are located across the Hawaiian islands.

For many of us, airports are a necessary evil, and knowing what to expect before you arrive can make the time spent there easier to handle.

Whether you’re looking for the quickest route from the arrivals lounge to the exit, want to know about the facilities, or are hoping for decent WiFi, an airport guide can help.

Traveling can be a stressful and tiring affair so some research before you begin your journey can be invaluable.

In this article, we will take a look at the airports of Hawaii. We will discuss all you need to know so whether you’re landing or leaving beautiful Hawaii, you will know what to expect.

If you find yourself having to spend more time than expected due to delays, you will find the information in this article especially helpful!

How Many Airports Does Hawaii Have?

Before we can start talking in more detail about the airports of Hawaii, we need to identify what these airports are! As it currently stands, there are seven main commercial airports spread across Hawaii.

The majority of international travel goes through Daniel K. Inouye International Airport (formerly known as Honolulu Airport) but if you’re traveling around the islands or traveling on some other routes, it is possible you will go through one of the other airports, too.

Below, we will list the seven airports, their location, and the airport code. Every airport in the world has a three-letter code and these are often the easiest way to identify an airport and ensure you’re going to the right one!

The Airports Of Hawaii

Now, let’s take a closer look at each of these airports. The first thing you will notice when you step off the plane and into the main concourse of each airport is that they feel very Hawaiian.

Unlike many airports around the world that can be cold, sterile, and all look the same, the Hawaiian airports are more sympathetic to their surroundings, making you feel like you’re in Hawaii even before you’ve passed through immigration!

We’ll start with Honolulu, as that’s the airport most people will pass through.

The beginnings of Honolulu Airport can be traced back to 1925 and was named John Rogers airport in 1927.

It was briefly taken over by the military during World War II but returned to servicing commercial and civilian flights in 1946 when it was also renamed Honolulu Airport.

Currently, Daniel K. Inouye International Airport has four runways and stretches over an area of 4,200 acres. It has three terminals as well.

Terminal Three is a domestic terminal that largely serves domestic flights made with Mokulele airlines.

Terminal 1 is exclusively used by Hawaiian Airlines and is used for domestic flights between the islands and flights back to the United States airline.

There is a bus that operates from terminal to terminal so if you need to make a transfer, you can take advantage of this free service.

It is also possible to walk from terminal to terminal if you wish and there are automated walkways to make the journey easier and quicker.

The airport has many big-name brands such as Burberry, Coach, and Prada, as well as Duty-Free and souvenir stores that no airport is without.

However, if you aren’t hungry and don’t want to spend any money then you can spend some time at the other amenities that the airport has to offer.

The Cultural Gardens can be found around the Terminal 2 Ticketing Lobby and are a relaxing slice of nature that is sure to calm even the most stressed traveler. As well as a traditional Hawaiian garden, there are also gardens in the Chinese and Japanese styles too.

Located on the island of Maui, this airport is the second largest in Hawaii after Daniel K. Inouye International Airport.

It largely receives flights from the other islands but does also take some from the mainland. It has many open-air areas so you can feel the island breeze and take in some nature while you are at the airport.

It has two terminals, known as the Main Terminal and Commuter Terminal. Each terminal is well supported by a variety of restaurants and cafes such as Burger King, Starbucks, and several bar and grill restaurants. You can find out more at the official website.

There is public transportation available that connects the airport to several locations across Maui Island.

However, these buses do operate rules around the size of your luggage so check this before you travel. There are also shuttle services, car rentals, and taxis available.

This is one of two airports that service the Big Island of Hawaii. It’s located on the East of the island.

It’s much smaller than Daniel K. Inouye International Airport and only has one terminal, which is split into three sections known as the West End, Center, and East End.

If you do pass through Hilo International Airport, you will find it easier to navigate the gates if you know which section your plane is leaving from.

The terminal isn’t large, however, and only has nine gates so even if you do find yourself at the West End when your plane leaves from the East End, it will only take minutes to get to the right place.

There is a bus service from the airport that will take you to Hilo. You can also find rental car stands and hire a taxi from the terminal. Ride-share services such as Lyft and Uber do not operate within the airport complex, however.

As a smaller airport, there aren’t many shopping and dining options available. There is a restaurant and gift store, however, so if you do need a quick bite or last-minute souvenirs you will be in luck.

You can find the full details on the website.

This is the other airport on the Big Island and is located on the west side. It’s located very close to the town of Kona, making it easy to get to.

The airport has three terminals that are all located very close together. Terminal 1 and Terminal 2 are next door to each other and Terminal 3 is located a little apart.

The airport consists of open-air pavilions and doesn’t have traditional gates. Instead, you will board from the tarmac using portable stairs.

The close proximity to Kona town makes getting to the airport a breeze. There is a limited-services bus that operates from the airport but car rental, taxi, shuttle, and ride-share services are all available as well.

Located on the island of Kauai, this is the most northern of all of the commercial Hawaiian airports. It is surrounded by stunning scenery as you will be able to see mountains, the coastline, and even the beach from various places around the airport.

Lihue is a very small airport that only has one airport serviced by eight commercial gates. If you’re flying through Lihue, you should have no problem finding your flight and gate!

The airport only has a handful of shops and restaurants but you will be able to get a coffee or eat a good dinner before you fly.

There are a variety of transport options. If you’re staying at the Kauai Marriott hotel, there is a door-to-door shuttle service available.

There is also a public bus service available across the island that services the airport. For private transportation, you can rent a car or use a shuttle or taxi.

You can find this airport on Molokai Island. It operates an interisland service and accepts flights from Daniel K. Inouye International Airport.

It’s also one of the smallest airports as it only has one terminal and two gates. There are no stores or restaurants at the airport, just a coffee and snack shop. You can find out about this on the official website.

Transportation options for tourists are limited and you will need to either rent a car or hire a taxi.

Our final airport is on Lanai Island. It services the other islands.

This is another small airport that has only one terminal and four gates. It is served only by one small store.

There is no public transport on Lanai so you will need to rent a car.

In this article, we looked at all you need to know about the airports of Hawaii. We confirmed that there are seven airports located across the islands of Hawaii, with Honolulu being the main hub for international travel.

We then took a closer look at each airport in turn and introduced the main features of each. 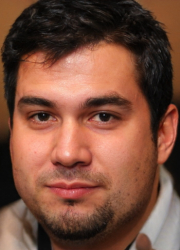